New Obesity meds? Could Ozempic or Wegovy no longer be the King of the Hill? 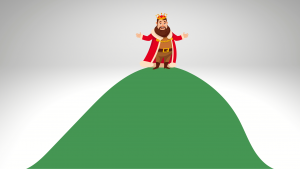 Especially in the world of drug development. It seems like just yesterday Ozempic/Wegovy gained approval for Obesity management. Wegovy is Ozempic; it is just used at a higher dose of 2.4mg once weekly. Up to this point, it is the current reigning king of both diabetes and obesity realms.

Wegovy has been shown to support individuals in losing on average 15% of their baseline body weight with nearly ⅓ of individuals losing 20% of their baseline body weight in the STEP 3 landmark trial. Saxenda was one thing but Wegovy is an entirely different ball game. Unfortunately, like all kings throughout history, their reign of power eventually comes to an end and Wegovy’s reign may be ending sooner than later.

A new medication from the drug company Eli Lilly called tirzepatide will be seeking FDA approval for diabetes management in 2022 and I suspect it will be seeking approval for obesity management shortly thereafter. Thus far in the group of clinical trials being completed by the SURPASS investigators, tirzepatide has been shown to have some very remarkable results not only in managing blood sugars but also in weight-loss. In fact, in the SURPASS-2 trial, the investigators completed a study that compared tirzepatide to the current king Ozempic in managing diabetes and of course, they looked at weight-loss as an additional outcome.

So today we are going to review the results of that trial and see if the King will still be standing!

Tirzepatide is not too far from Ozempic in that it also binds to the GLP-1 receptors having a similar effect on blood sugars and weight – which I covered in detail here. The difference between tirzepatide and Ozempic is that tirzepatide also works at the GIP receptors! GIP or Glucose-Dependent Insulinotropic Polypeptide is an interesting little hormone.

As you can probably tell from the name it is dependent on glucose or sugar, and insulinotropic is a fancy way of saying it stimulates insulin production. On the flip side, it is also glucagonotropic in a glucose-dependent manner. Again, fancy science words meaning tirzepatide will stimulate the production of glucagon (the opposite hormone to insulin) when blood sugar levels are low to increase blood sugar levels.

Putting it all together:

F*ck, I know. I had to double-check the definition of all these fancy science words because we can’t use plain language in our fancy science journals. Hopefully, that makes sense without completely overwhelming you. It is obviously much more complex and there are multiple other hormones and signalling at play. Fortunately, you don’t need to think about that because your body just does it automatically. Thank God for both of us.

GIP also works in similar but different areas of the brain to elicit its effects on appetite and weight management. How exactly? We are not sure.

Anyways, the brilliant individuals who came up with all these fancy science terms also found that GLP-1 specific medications are amazing, BUT when we link up GLP-1 with a GIP medication the effects on blood sugars and weight become even more amazing-er! Thus tirzepatide was born!

In the SURPASS-2 trial, Frias and friends completed a randomized controlled non-inferiority trial. They had 4 groups; 3 of the groups received differing doses of tirzepatide (5mg, 10mg, or 15mg once weekly) and the last group received Ozempic 1mg once weekly over a 40-week period.

What did they find?!

In terms of blood sugar control. As you can see below, every single dose of tirzepatide was more effective than Ozempic in lowering blood sugar levels. The average starting A1C was 8.28% and tirzepatide at 15mg once weekly brought the A1C down to 5.82% compared to 6.42% with Ozempic after 40 weeks. The higher the starting A1C the greater the drop.

What about weight-loss?! Again, tirzepatide as you can see below, blew Ozempic out of the water at all 3 doses. With individuals on tirzepatide 15mg once weekly losing on average 13.1% of their baseline body weight. Like what the actual f*ck?!

This was the look on my face reading this paper.

So obviously tirzepatide did not suck compared to Ozempic. Yes, the authors did claim tirzepatide was superior to Ozempic on managing blood sugars. I mean looking at those results it is kind of hard not to agree that is the case.

Now Ozempic was first proven to be effective for diabetes at a dose of 1mg once weekly. Later it was found that a higher dose of 2.4mg once weekly (Wegovy dosing) was that much more effective for weight-loss. On average, individuals lost 15% of their baseline body weight which I reviewed here. So my question is, will tirzepatide eventually be studied at an even higher dose to see if it can be even more effective in terms of weight loss? It is possible.

The weight-loss trials are currently underway and via a brief and lazy google search, I was not able to determine in the first page search results whether a higher dose of tirzepatide was being used. So we’ll just have to wait until that data is officially published in a couple of years!

I will note that participants in this trial taking tirzepatide did experience more non-serious and serious adverse events compared to Ozempic, and nearly double the number of participants on the higher doses of tirzepatide stopped the drug due to side effects, 40 vs. 19 in the Ozempic group. Safety will be the main factor in determining whether a higher dose will be used or not!

There you have it, folks. There were a few other flaws with this trial overall but in general, it was a  pretty standard trial with some above-average results. I would argue tirzepatide is going to give Ozempic/Wegovy a run for its money once it hits the market.

Stay tuned as I will be providing you with more details on those in the near future! And don’t forget to sign-up for my weekly newsletter!

Let me know if you have any questions and always – remember small tweaks, lead to massive peaks! 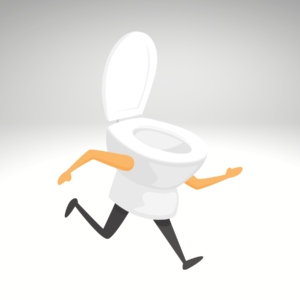 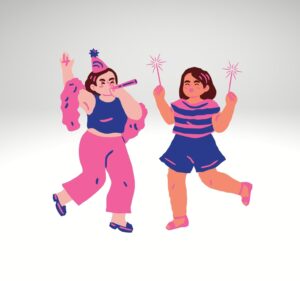 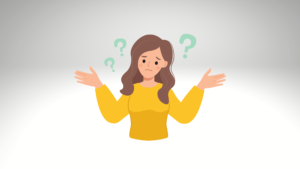 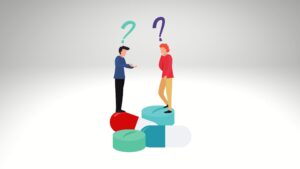